BONNIE KAY AND THE BONAFIDES

BONNIE KAY AND THE BONAFIDES - HANDYMAN

Update Required To play the media you will need to either update your browser to a recent version or update your Flash plugin. 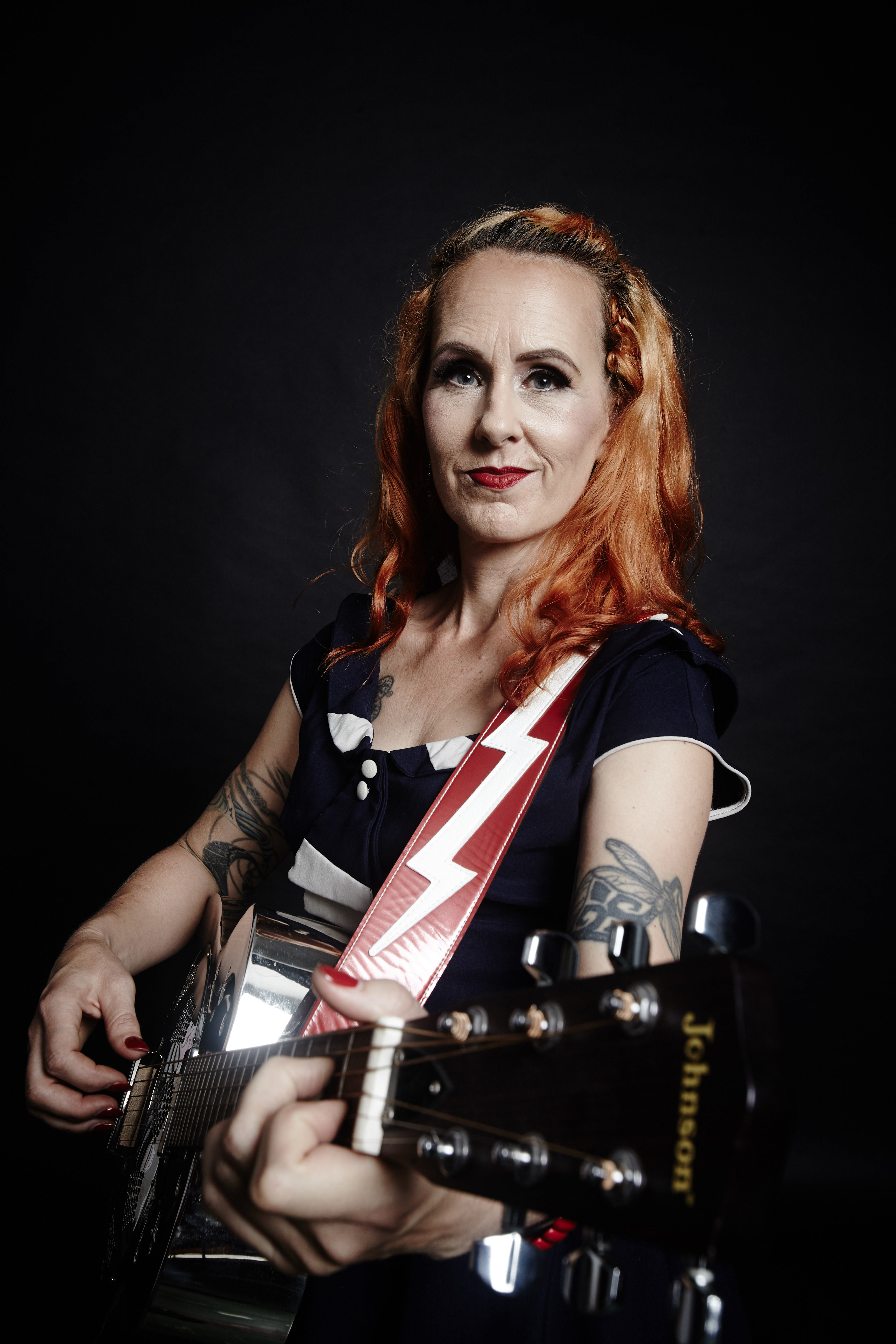 Here is a unique sort of soulful and sassy package of blues and roots: Open it!!
Additional information
“Chain Award nominees, Bonnie Kay & The Bonafides, offer a unique Soulful and sassy package of Blues'n' Roots. We recommend you open it!"
- Australian Blues Music Festival
With a debut album that landed in the Top Ten of the Australian Blues and Roots Charts (Fake It ‘Til You Make It) and spent six months in the Top 25, Bonnie Kay & The Bonafides has exploded onto the Australian Blues and Roots scene. They have played 17 music festivals around the country in the last 5 years including Blues at Bridgetown in WA, 2 years in a row at Echuca Winter Blues festival in Victoria and Agnes Blues, Roots and Rock Festival in Queensland.
Out front is American singer/songwriter/vocalist and finger-picking slide guitarist Bonnie Kay. Her six-piece band includes Wayne Rigby on saxophone and flute, Catherine Golden on double bass, Calvin Welch on drums, Illya Szwec on electric guitar and Claire Hollander on Trumpet. That, there, is the triple truth, Ruth! A Bonafide Band with a capital B!
Inspired to sing by legends like Billie Holiday, Bessie Smith and Etta James, Bonnie’s voice is most reminiscent of namesake and global Blues icon Bonnie Raitt. Her vocals and guitar playing speak evocatively to the archetypal medley of emotions that spring from the trauma of human relationships - yearning, angst, passion and lust.
That said, Bonnie’s music also includes elements of jazz, soul, funk and country – it’s a show full of texture and colour, sometimes smooth and jazzy, sometimes gritty and raw. Bonnie conjures moments for her audience to experience right along with her – from almost sobbing in your seat, to feeling you’re part of a foot-stomping, hollering hootenanny.
Bonnie’s childhood was richly musical. Her dad played sax and clarinet and always said he liked everything from ABBA to Zappa. “I don’t think he actually liked ABBA,” says Bonnie… “but he liked the idea of A to Z. He did love Zappa though… and Coltrane. On the other hand, Mum taught me the word ‘quintessential’ by saying that Eric Clapton was ‘the quintessential guitarist’. I argued it was really Jimi Hendrix, but that’s a whole other story.”
Bonnie Kay & The Bonafides are in a word, ‘entertaining’. They deliver a show that is soulful, sexy and sheer fun.